A True Hometown Hero, "The Candy Bomber" Turns 100, Mural Made in His Honor In Tremonton, Utah

“Service before self is the only way to fulfillment in life."

Tremonton, Utah--The “Candy Bomber” who is also known as “The Chocolate Flier”, “The Gumdrop Kid”, and ”Uncle Wiggly Wings” turned 100 years old last week and was honored with the unveiling of a 75-foot mural in Tremonton, Utah. This retired Colonel in the United States Air Force-- whose real name is Gail S. Halvorsen-- was honored in celebration of his centennial birthday by the Tremonton City Arts Council who commissioned the mural to be painted on a building in town.

Halvorsen who was born in Salt Lake City on October 10, 1920, farmed sugar beets and went to school in the Tremonton area. His childhood dream was to become a pilot and in 1941 he earned his private pilot license. In 1942, he joined the United States Air Force and was assigned to Germany on July 10, 1948, to be a command pilot for the Berlin Airlift

Halvorsen piloted C-47s and C-54s during the Berlin airlift and started an “unauthorized” mission called "Operation Little Vittles", as an effort to raise morale in Berlin by dropping candy via miniature parachute to the city's residents. Halvorsen began "Little Vittles" with no authorization from his superiors but over the next year became a national hero with support from all over the United States.

Halvorsen used his ration card to buy candy, chocolate, and gum and even convinced other soldiers to donate some of their rations so he could drop candy-filled parachutes (made with handkerchiefs) to the German children. He would wiggle his wings so the children knew he was coming.

As word of “Operation Little Vittles” reached the United States, citizens and candy makers began donating candy and the candy drop effort expanded quickly. Halvorsen estimates the operation dropped 250,000 parachutes with over 23 tons of candy to the German children.

Tremonton City engaged muralist Erik Burke from Reno, Nevada to create the mural which has Halvorsen depicted on the outside cover of a chocolate candy bar.

“Service before self is the only way to fulfillment in life,” said Halvorsen. 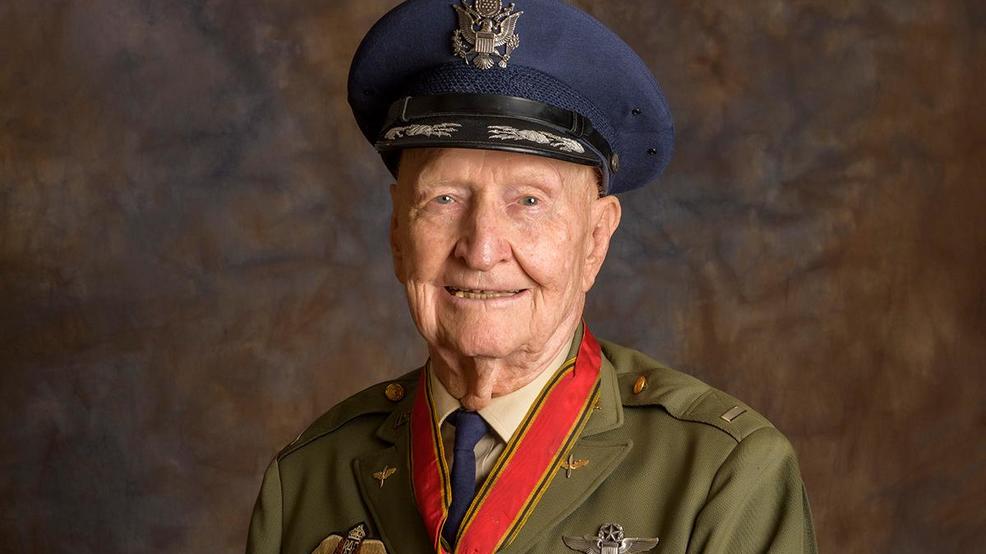 You can read more about the Candy Bomber, on his website www.thecandybomber.org.

Happy Birthday to this Hometown Hero!

Nugent Magazine loves sharing GOOD NEWS, GOOD PEOPLE, and GOOD THINGS happening in Utah and the world. If you have a story or know of a Hometown Hero that you think we should feature please contact us on our website www.nugentmagazine.com or

Utah Mother, Kelly Jensen, is Collecting 1000 Coats --"Warmth is Something Everyone Deserves"